This part of the site will conclude our tour of the Great Hospital's history. It will briefly describe the Board of Trustees, the living accommodation and restoration.

When did the Hospital become a Charity?

In 1835, as a result of the Municipal Reform Act, the management of the hospital was transferred from the city corporation to a board of trustees responsible for a number of charities.

One of the first tasks undertaken by the new Board of Tustees was in 1839, following the publication of a rather critical report by the Charity Commissioners, when they revised the hospital's rules and regulations. Applicants were required by the new rules to be at least sixty-five years of age, and to be free of "mental or bodily infirmity or disease". Each new resident was to bring a feather bed, a straw mattress and 10 shillings towards his or her burial costs.

What did the residents eat?

Food was plentiful, although it strikes us as rather monotonous and would today be considered unsuitable for elderly people. In addition to basic weekly rations of 10 oz of fresh butter, 3/4 lb of cheese, three 30 oz loaves of wheat bread and daily beer, the residents received:

Was there any new accommodation?

The hospital developed dramatically from 1840 onwards, partly in response to the growing problem of poverty in Norwich, which had slipped down the league table of British cities. In 1849 five cottages were built, a sixth ward followed in 1889, a further twelve cottages in 1906 and another seventeen dwellings thirty-one years later. Seventeen more cottages were constructed in 1937 (now called Suffield Court).

Prior Court, which consists of eighteen single and six double flats designed to accommodate people who need regular support, was officially opened on 24th June 1980 by HRH Princess Alexandra. 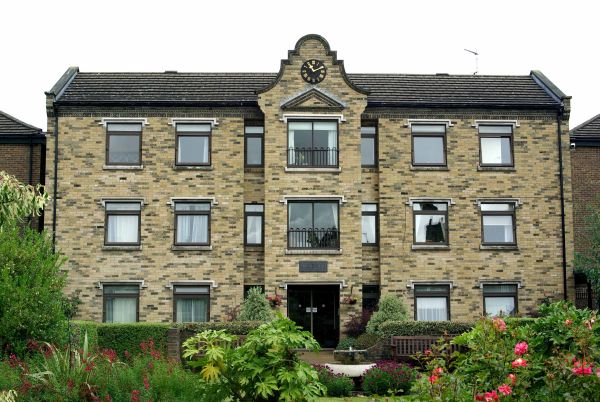 The most recently constructed residential accommodation, called Young's Green after one of the trustees, consists of sixteen self-contained flats spacious enough for married couples.

One of the most difficult challenges that the hospital, as a charitable institution, now faces is the maintenance of its many historic buildings. The trustees have the difficult task of balancing expenditure on new facilities with the outgoings incurred on maintaining or adapting older buildings for different users.

Indeed, restoration and repairs of the church, its organ, the Eagle Ward, the cloisters, the refectory, the church roof and the west and east windows all cost money, and make heavy financial demands upon the hospital's limited resources.

The Great Hospital has an almost unparalleled record of care. Indeed, today it is home to a number of elderly residents who enjoy the provision of sheltered accommodation, and, above all, support in a dignified, yet friendly and historic environment.

We hope you understand, therefore, that while you are welcome to come and visit the hospital for yourself, we ask that you do so on an organised tour (maximum of 25 people). Tours need to be pre-arranged by phoning the hospital on 01603 622022.

It is anticipated, however, that an "open morning" to visit the Church and Eagle Ward will be in operation on a weekly basis commencing in the summer of 2008. Watch this space for further information!