This part of the site is designed as a brief survey of what the hospital was like during its middle years (1600-1835). It will look at the new admission policy, charitable bequests, Thomas Ivory and the new cottages. Now that the hospital was firmly established as a civic institution, it was possible to 'fine tune' many aspects of policy. Not surprisingly, attention was paid to the selection of inmates.

In 1622 the hospital's admissions policy was reviewed. To be eligible for residence, the candidate (and only the local poor were considered eligible) was to be selected by a number of aldermen who would accept only the 'respectable' poor. Once chosen, the resident was required to bring some clothing, a sheet and suitable bedding. After 1648, if a person was refused to provide a shroud in which to be buried, he or she was not allowed to take up residency. These measures were part of wider policy in the city as a whole to control the unruly poor.

Were there any bequests?

As in the Middle Ages, God's House continued to attract bequests in the seventeenth and eighteenth centuries, although instead of demanding prayers, benefactors increasingly left more practical instructions. Henry Fawcett, for instance, bequeathed land to it in 1613, on the clear understanding that the money would be used to maintain two poor elderly worstead-weavers who resided in the Fyebridge ward of the city.

The residents also had good reason to remember John Spurrell. In his will of 1762, Spurrell left £4 a year to be spent on an annual feast held in August. This consisted of strong beer and, if available, veal. Compared to the otherwise monotonous diet of butter, beef, broth and a little cheese, this must have seemed a real treat.

Who was Thomas Ivory?

Thomas Ivory (1709-1779) was appointed 'carpenter' (or more properly architect) to God's House in 1751. As well as designing the Norwich Assembly Rooms, and carrying out alterations to Blickling Hall near Aylsham, he also built what later became known as St Helen's House. It was designed in the new Georgian style, and contrasts with the older medieval buildings. 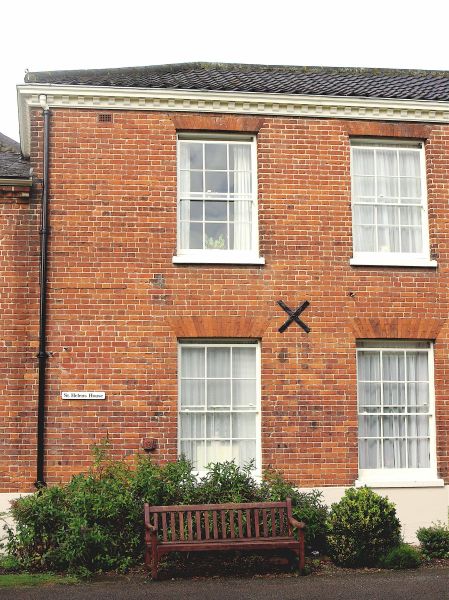 At around the time that Thomas Ivory was building St Helen's House, a tablet was erected over the south entrance to the hospital. The inscription (which challenges historians and literary critics alike) reads:

King Henry the Eight, of noble fame,
Bequeathed this city this commodious place,
With lands and rents he did endow the same,
To help decreped age in woeful case.
Edward the Sixth that prince of royal stem,
Perform'd his Fathers generous bequest,
Good Queen Elizabeth imitating them,
Ample endowment added to the rest.
Their pious deeds we gratefully record,
While Heaven them crowns with glorious reward. 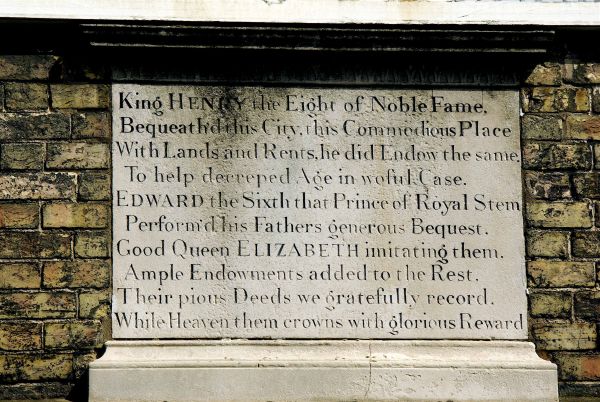 Pictured above: The tablet which appears over the south entrance to the hospital. Photographer: C. Bonfield

Were there any new buildings

As revenues derived from rents of city properties increased throughout the more buoyant 1820s, building work was undertaken at the hospital. The construction of twenty cottages in 1826 meant that elderly couples could continue to live together but with the benefits of care given within the hospital. This policy continues today: married couples may apply for accommodation within the Great Hospital if either partner has lived or worked in Norwich.